Think of these as leveled-up twice-baked potatoes. They’re filled to the brim with melted cheese and potato. Then they’re wrapped in bacon, glazed with BBQ sauce, and topped with a drizzle of sour cream mixed with a hint of spice. You’re going to look like a BBQ appetizers pro. But don’t worry—we won’t tell your friends how easy these are to make.

Preheat grill to 400 degrees F, setting up for two-zone heating (stacking coals on just one side of the grill).

Coat potatoes in olive oil and rub with kosher salt. Pierce each potato several times with a fork. Wrap each potato in aluminum foil.

Place potatoes over indirect heat (the side of your grill NOT over the mounded coals), and close the lid. Allow potatoes to cook for about 40 minutes, or until you can insert a skewer through the center of the potatoes with no resistance. Remove potatoes from the grill until they can easily be handled, about 10-15 minutes.

Once potatoes have cooled enough to be handled, remove from aluminum foil. Slice the ends off each potato—on one side so they can stand, on the other so the insides of the potato can be scooped out.

Using a small spoon, carefully scoop out the insides of the potatoes, trying not to rip the skin. Add potato insides to a medium bowl, along with the butter, ½ C. sour cream, and the shredded cheddar. Blend mixture until smooth. Add salt, pepper, and Head Country Championship Seasoning to taste.

Place potatoes back on the grill, cut side down, until cheese is melted and bubbling and bacon is crisp, 30-45 mins. Paint each potato with Bar-B-Q sauce, close the grill lid, and cook for about 5 minutes more to allow the sauce to set.

Remove potatoes from the grill and arrange on a platter for serving. Top each potato with the sour cream mixture, allowing it to drip down the sides. Top with green onions, snap plenty of pictures, and serve. 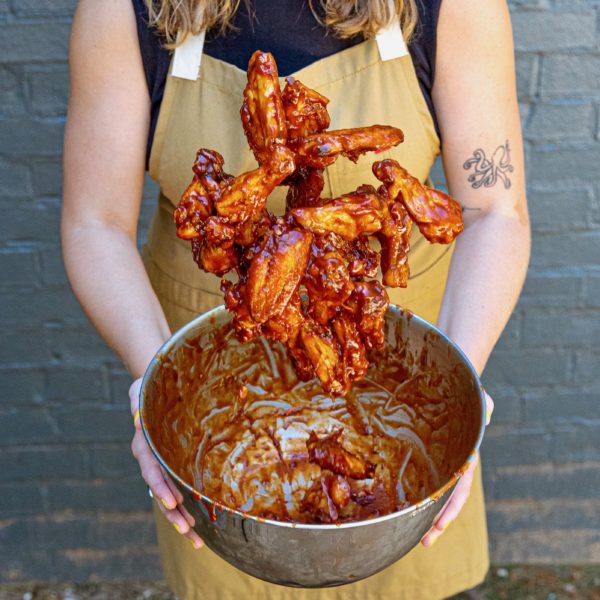 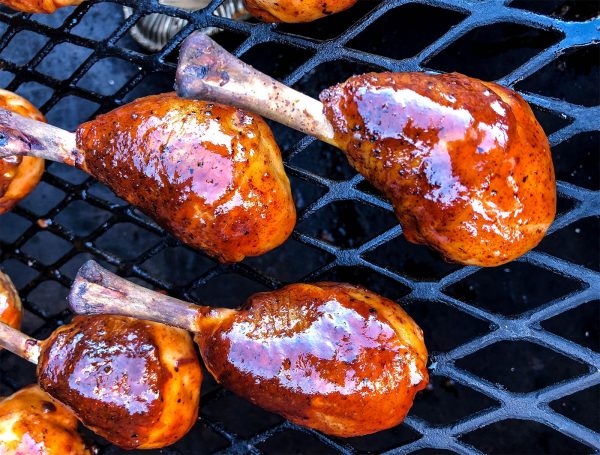 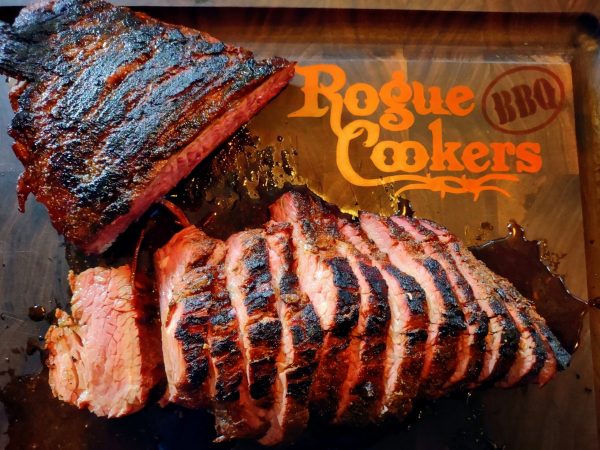 Reverse-Seared Smoked Tri Tip
We use cookies on our website to give you the most relevant experience by remembering your preferences and repeat visits. By clicking “Accept All”, you consent to the use of ALL the cookies. However, you may visit "Cookie Settings" to provide a controlled consent.
Cookie SettingsAccept All
Manage consent