12 Things You Can Make With BBQ Sauce

The barbecue is over. Your guests have headed home. Much BBQ sauce was consumed. There’s a little left in the last bottle—not enough for a rack of ribs or a batch of pulled pork, but still too much to toss.

After all, any amount of BBQ sauce is too much to toss.

What can be made with BBQ sauce?

BBQ sauce more than earns its place as a pantry mainstay. It’s both versatile and distinctive. It can be used on its own for classic BBQ dishes like ribs and chicken, and it also holds its own as a base for other sauces—even pizza sauce, dips, and salad dressings.

BBQ sauce is also suited to multiple speeds of cooking. Need to punch up a quick weeknight dinner? Grab the almost-empty bottle of BBQ sauce you have in the fridge and use it as a drizzle over your meatloaf, or add it to taco meat to shake up Taco Tuesday.

BBQ sauce plays nice in the slow cooker, too. It’s an easy way to batch-cook meats like chicken and pulled pork that you can use in dishes for the entire week—and you never need a whole bottle to get that distinctive, satisfying flavor that reminds you of home.

And that’s not the end. Not even close. Read below for ways to use your bottle of Head Country to the very last drop. 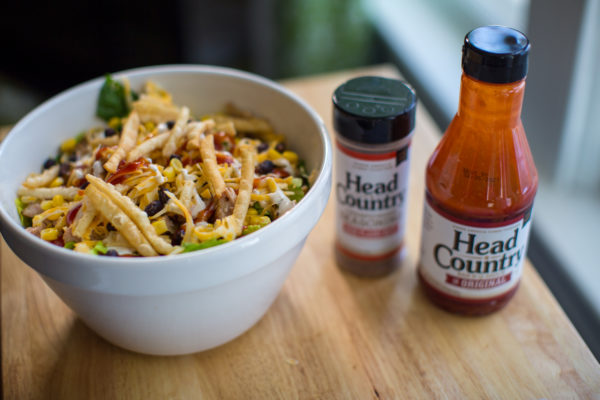 Fresh salads are calling out for the sweet and tangy flavor of BBQ sauce. You can use a small amount straight up on whatever salad you have going on, or consider mixing it into ranch or blue cheese dressing for a twist. You can also incorporate it into side salads like pasta salad or potato salad.

Ever tried mixing tomato-based pizza sauce and BBQ sauce? It’s amazing. You can do a 50/50 mix as a base for any pizza flavor combo you prefer, but you can also just use the sauce as the base for the pizza all on its own.

Instead of using ketchup as the glaze on your next meatloaf, switch things up by using BBQ sauce instead. You can use The Original with just about any meatloaf recipe out there. Or, you can use this opportunity to try something new: go spicy or smoky or a little sweeter.
Recommended sauce flavors: Hickory Smoke, Sweet & Sticky, Hot & Spicy
Our favorite BBQ meatloaf recipes: BBQ Cheese Stuffed Bacon Meatloaf, Smoked BBQ Meatloaf, Smoked BBQ Meatloaf Balls 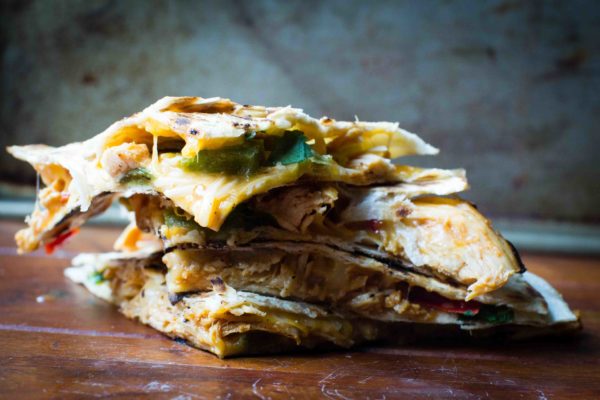 Want to kick your quesadillas up a notch or ten? Spread BBQ sauce on the tortilla before adding your favorite ingredients. Serve up your favorite quesadilla combination with BBQ sauce as the star dip. You can even drizzle it on top when you serve it—pair it with a drizzle of sour cream, too. 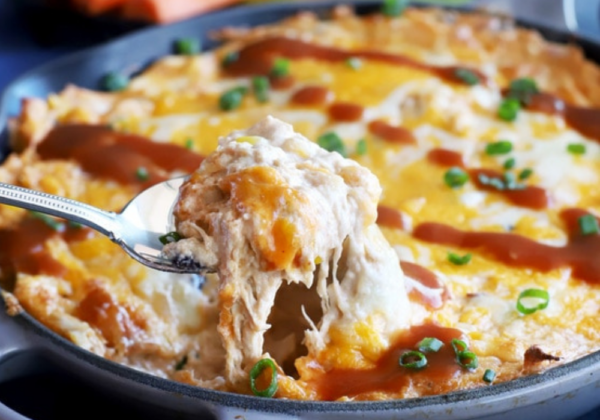 To create a simple dip to pair with chips, mix your favorite BBQ sauce with sour cream. We like to add in fresh herbs like chives or parsley as well, to lend some brightness. Pair with your favorite chips or sliced vegetables. 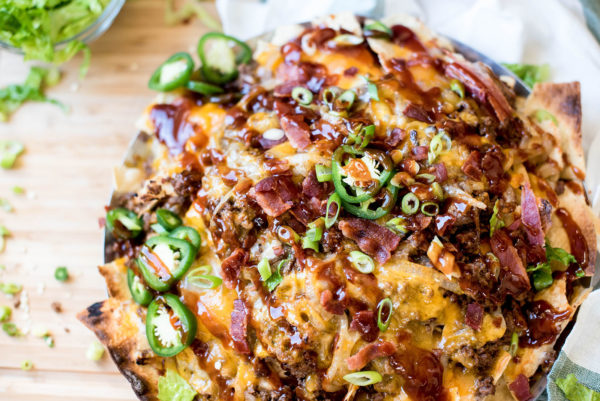 We have a few different ways you can incorporate BBQ sauce into your favorite platter of nachos. You can toss your cooked meat in the sauce before adding it to the chips. Or, you can simply drizzle it on top of the entire platter. Or, mix it into sour cream for a dip or to shake up your go-to nacho topping. Or, you could go for the gold and do it all.

If you aren’t putting BBQ sauce on your brats, hot dogs, and burgers already, you are missing out. Just a drizzle changes things in a big way. You can also use the BBQ sauce to glaze your burgers, brats, and hot dogs in the final few minutes of grilling. It adds a sweet-and-savory crust to all your favorite things to cook outside.

Instead of using the classic taco seasoning, pour in some BBQ sauce. Simply toss the cooked meat in the sauce, or simmer the sauce with the meat before adding it to tortillas or taco shells. We recommend trying unique and bold sauce flavors for this one. 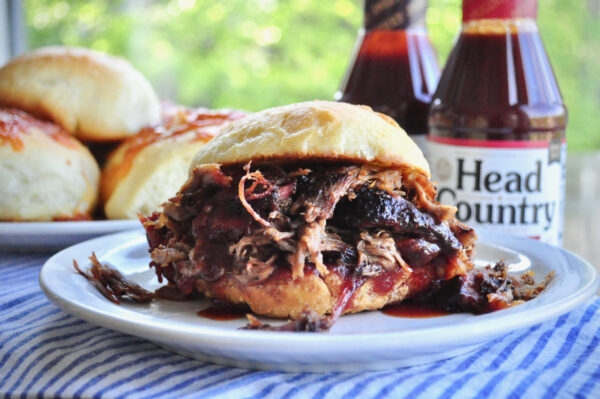 BBQ pulled pork sandwiches are a classic for a reason. But did you know? BBQ sauce tastes great on sandwiches of all kinds. From turkey melts to grilled cheese, the options are endless.